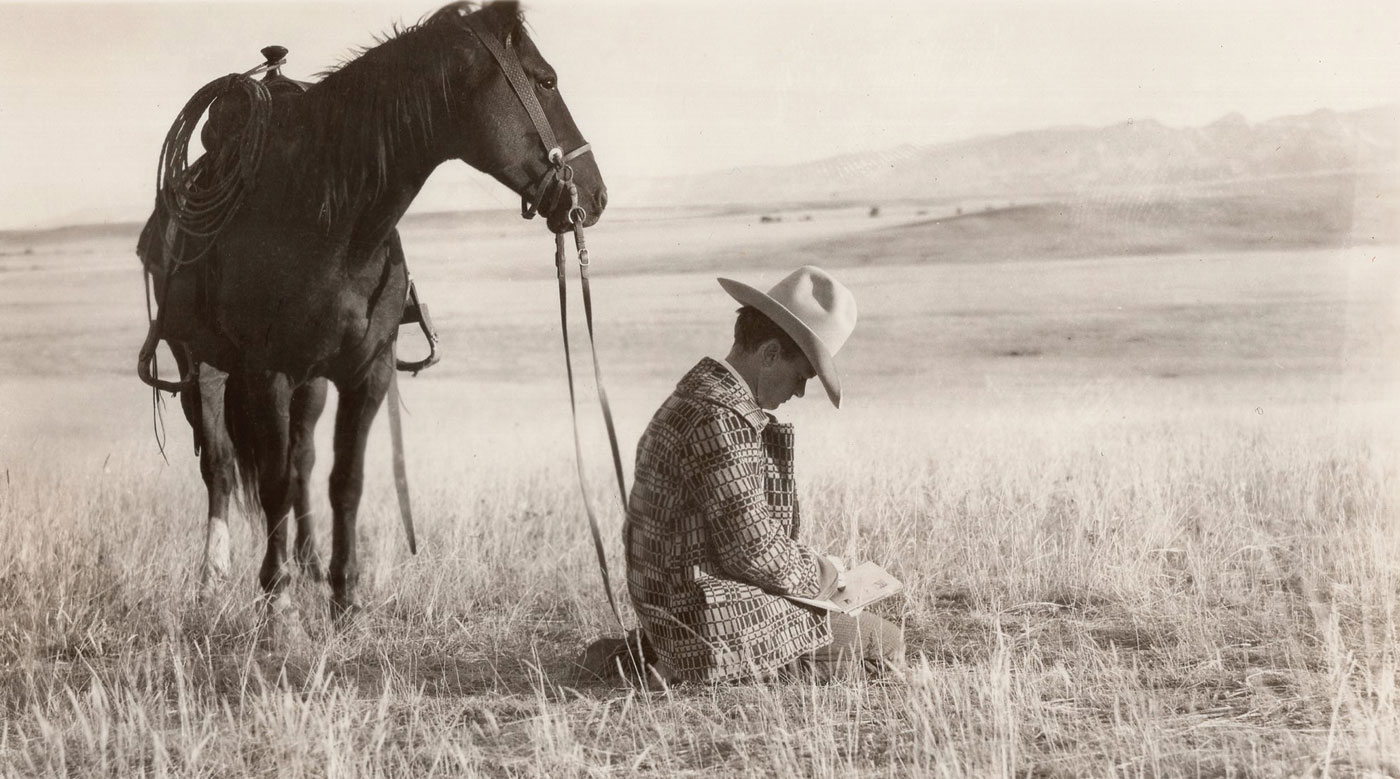 Western artist, Joe De Yong was probably best known as the only protégé of Montana artist Charles M. Russell. Born in Webster Groves, MO in 1894, he was struck deaf with a viral infection at the age of 19. He would correspond with artist Charles Russell and work with him as a protégé and assistant for the last ten years of Russell’s life. As an aspiring artist in his own right, Charles Russell and his wife Nancy would support and promote De Yong’s work. Later De Yong would work in the film business for Cecil B. DeMille as a costume and set artist. It would be career that he based on always providing the most authentic for the western pictures he worked on. This exhibit will give visitors a look into his life as well as the lives of fellow artists he influenced in the authentic ways of his mentor Charles M. Russell. Never to let anything get in his way, his deafness was never something that got in his way and his story is one of hope and perseverance during the first half of the twentieth century.